A powerful symbol of excellence. Formula One, racing across five continents and one of the circuits, being the Sepang International Circuit in Kuala Lumpur, is where I watched Lewis Hamilton getting in as number one. What an amazing experience. 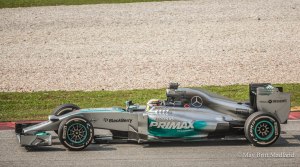 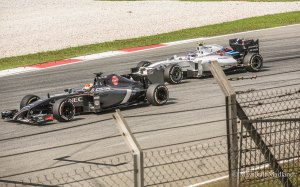 The regularly updated Sepang International Circuit of Malaysia, is a great spectators circuit, built in a stadium-like manner. The circuit lays in a valley which enables you to see almost half of the circuit at all times irrespective of where you sit.

The big concern for the teams in Malaysia was the heat and humidity, which stretched the reliability of the new hybrid turbo power units to the limit. It was a tough affair for both drivers and cars. April being the month with the highest rainfall of the year in Malaysia and average temperatures of 26 degrees centigrade. Having the race at the beginning of this season, the drivers had to be prepared for some some changing weather conditions.

Since its inauguration in 1999, the Sepang circuit in Malaysia has come to be regarded as one of the toughest for teams and drivers as very hot and humid conditions stretch the competitors to their physical extreme. As the first of a now extensive portfolio of Hermann Tilke designed Grand Prix circuits, it follows his trademark style of long straights followed by a heavy-braking zone, which allows for slip-streaming and out-braking manoeuvres.