I spent my Saturday morning watching the Singapore Air show and what a great show. It was crowded with people and the weather was hot and a bit cloudy, so sun block was a must and I had my camera ready to try got get some nice shots so here is some of the photos taken during the show. 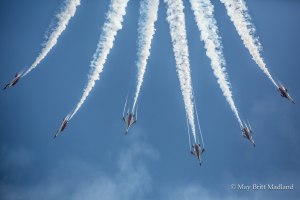 RSAF Black Knights, Singapore Team Aerobatics performing in F-16C Fighting Falcon jets with a new design having a crescent moon and five stars against its red and white body.

Amazing Aerobatics performed by the team. 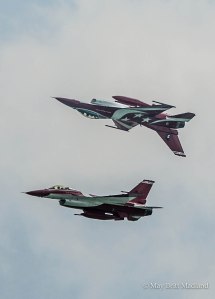 Then some Aerobatics from the TNI-AU Jupiter Aerobatic Team from Indonesia. 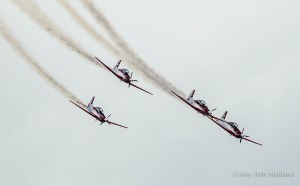 The Marine Corps’ MV-22B Osprey is the world’s first production tilt-rotor aircraft, combining the best capabilities of a helicopter with range, airspeed and payload of fixed-wing airplanes. With vertical takeoff/landing ability, runways are not necessary, making it the perfect aircraft to respond to crisis and to move people and cargo quickly.

And then the show with the performance from the RAAF F18-F, Australia. The F/A-18F Super Hornets are larger than the classic model with many detail improvements.

It was a fantastic show full of action, music and high speed performance.

For more info about Singapore Air show you can check out the official site: http://www.singaporeairshow.com/